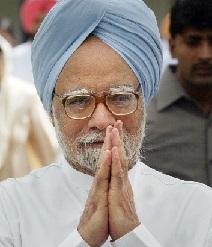 Prime Minister Manmohan Singh visited Dilsukh Nagar area in Hyedrabad, last Thursday, where the bomb blasts had occurred. He also met the injured and praised the patience and endurance of the inhabitants of Hyderabad that they had displayed in the wake of terror attacks.

The Government needs to avail this opportunity to assess possible measures that can be taken to break the backbone of the terrorists and the spots seen by them as, “soft-targets” may be protected. Prior to these attacks Chief Minister Kiran Kumar Reddy had said that Hyderabad was not terrorists’ easy target. Yet they have succeeded in playing their bloody game in the city. Several political parties, including BJP, are now competing with each other in giving highly charged statements and polarising the atmosphere of the city as well as the state.

This is the duty of Government agencies to find out the truth behind the threat of a threatened bomb blast and Lashkar-e-Tayyba’s letter received by state’s BJP president Kishan Reddy. Until the terrorists are eliminated neither the Muslims of this country will be able to live in peace nor will the communalists shut their mouths.

Prime Minister’s tribute to the steadfastness of the people of Hyderabad puts more responsibility on them to be vigilant and keep an eye on the elements acting suspiciously and protect the whole society from the mischief and conspiracy of evil minds. 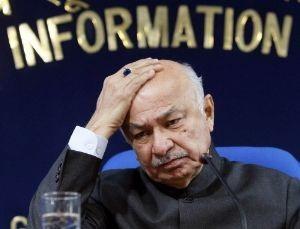 The possibilities of terrorists having contacts with foreign agencies or the conspiracy being hatched by enemy forces to defame and tarnish the image of Muslims before fellow countrymen are there, as has happened in the past when Hindu extremists were identified to be behind some of the bomb blasts.

No sensible Indian can deny the fact that the purpose of terror attacks is to create hatred against Muslims. The fact can also not be denied that even after the attacks of Hindu-terror-attacks it were the Muslims who were targeted by the police. After the Dilsukh Nagar bomb blasts it is again the local Muslim youths who are being targeted. Home Minister Sushil Kumar Shinde’s statement that Dilsukh Nagar bomb blasts are the reaction to Afzal Guru’s and Ajmal Qassab’s executions has made the job very easy for investigative agencies that will now aim their investigations at Muslim youths initiating a series of excruciating operations.

Only Mr Shinde can explain what has led him to give such a statement but rather than doing any good such utterances may be very harmful. If the Home Minister knows about what reaction the hanging Ajmal Qassab and Afzal Guru can trigger and if he is aware of  who has carried the blasts, what is stopping him from taking any action? Another delicate aspect of this statement is whether he has made this statement on the basis of some rumour or a news report without even following basic principles of enquiry and fairness. If whatever he has said is based on solid findings then he should confirm it.

It was this Home Minister who all of a sudden had said that RSS and BJP were running terror training camps but as Parliament’s Budget session approached he backtracked on his statement. May be he was pressurised by the Government to make such comments. This is also possible that the Hyderabad bomb blasts were carried to divert public attention from his Saffron-Terror statement. These blasts have, however, helped Saffron forces in hiding their unmasked face with fresh incidents of terrorism and by putting the blame on Muslims.

In any case these developments demand that Muslims remain vigilant. After Rahul Gandhi’s election as Congress’ Vice President, Prime Ministership dream of Gujarat’s Chief Minister may be shaken. Plans could be underway to terrorise the Muslims. Now that national leaders have visited Hyderabad and have seen the situation for themselves, it is the duty of the Government to speed up the process of investigations and, following the principles of fairness and justice, to bring the perpetrators to book and stop implicating and harassing innocent Muslim youths. Following Prime Minister’s Hyderabad visit security and intelligence gathering agencies should stop shooting arrows in the dark and should, instead, take swift action to find out real culprits and thus put end forever the possibility of terrorism.