Government did not take the attack seriously : Revelation through the RTI : Demand for the Supreme Court to take suo moto notice and restart the inquiry

New Delhi,15 July (Qaumi Salamti Desk) : From the very start questions have been raised on the terrorist attack on the Parliament on 13 December 2001 and Mumbai (Taj Hotel) on 26 November 2008. Both of these incidents have been suspicious from the day they happened. It is not only the case, many of the country’s human rights organisations, reputed and recognised journalists and even many retired police officers have raised doubts on the veracity of these cases. Now the ex Under Secretary of the ministry of interior R. S. Mani’s statement, that ‘both these terrorist attacks were hatched and orchestrated by the then government to bolster the laws against terrorism’ has started a great turmoil in the Indian politics. At the same time information received by the Welfare Party of India through RTI has raised further and more serious questions.

The National General Secretary of Welfare Party of India Doctor Qasim Rasool had through RTI asked the interior ministry whether any inquiry, team/committee or any commission was set up to investigate the attack on the Parliament on 13 December 2001?  And if any of such actions were taken then the names and designations of the officer who were given this responsibility should be provided to him.  With that he had also enquired whether any report had ever been received from such investigative team/commission? And if there was such a report then it should be made available.

In answer to both these question the only information provided was that an FIR (FIR No. 2001/417) is registered in the Parliament police station and that is being investigated through the Special Cell. Now how interesting is the fact that no investigative team or any commission has been set up so far in such a serious case. Even more surprising is the fact that no report has been prepared and presented after a lapse of 12 years. 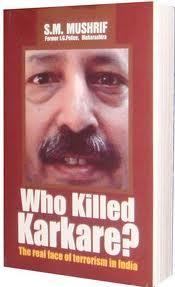 any Indian citizen in this connection or not? And if yes, then under what law they were arrested and in which court they are now being tried? In answer to this question it was said that as this matter is of a highly sensitive nature therefore information in this regard cannot be divulged to you. Further in the RTI it was also asked whether any action was taken against the police officers who were responsible for the security and were found negligent in fulfilling their duties. In answer to this question Additional Deputy Police Commissioner of Police Sanjay Tyagi and Lok Sabha’s Secretariat both said that this question did not relate to them.

Further in the RTI it was also asked whether any action against those security staff was taken who let that Ambassador Car that was carrying the terrorists pass through and enter the Parliament?  With that it was also asked that who in the ministry of interior had issued the entry pass to the terrorists? Papers in this connection were requested to be provided. In answer to this question it was said that one officer was investigated against but the allegation could not be proved. Along with that they said that no entry pass was ever issued by the Parliament Secretariat. If so then naturally the question arises that how did these terrorists get hold of passes issued by the Ministry of Interior and who had issued them?

In this entire scenario the National Secretary of the Welfare Party Doctor Qasim Rasool says that the story presented by the Government and the security agencies itself poses many new questions. As the whole story relates to the national Security therefore despite weaknesses in explanations by the Central Government and its intelligence agencies their version had been accepted disregarding the questions that were being raised. The media also went on singing the tune that was in the interest of and wish of the government. Dr Ilyas also said that during the tenure of UPA government in 2004 a delegation of Muslim Majlis-e-Mushawarat had met many central ministers and had discussed problems faced by the Muslims and in that meeting one cabinet minister during the talk had maintained that the attack on the Parliament was a staged incident and a drama.

President of the Rihai Munch Mohammad Shoaib has appealed to the Supreme Court that after these revelations it should take suo motto notice and order an inquiry into both of these incidents. He said that it is now becoming known that to create an excuse to formulate Draconian Laws IB undertakes terrorist activities and recently the episode of how the IB Chief Aasif Ibrahim and interior minister Sushil Kumar Shinde interfered in the Court trial against the accused Rajinder Kumar of killing Ishrat Jahan in a bogus encounter and trying to save him makes this allegation more plausible.

Spokesperson of the Rihai Munch Shahnawaz Aalam and Rajiv Yadav have said that these both cases and verdicts about them are not simply detrimental to the cause of Muslims but are also not good for the health of democracy because after these cases efforts are continually being made to depict Muslims as terrorists, especially such as the case of  Afzal Guru who was hanged simply to keep the feelings of the majority of the public in consideration and without any solid proof against him. He said that investigating these revelations Afzal Guru cannot be brought back to life but it is necessary to know the communal mentality of the IB and other security agencies and their carelessness in fulfilling their duties. Commenting on this revelation state spokesperson of Muslim Majlis Jaayed Ahmad Faruqi and Haji Fahim Siddiqui of Indian National League said that whatever the ex- senior officer of the ministry of interior is saying today in respect of 26/11 attack in Bombay had been exposed much earlier by a retired senior police officer of Maharashtra M Mushrif in his book ‘Who killed karkare?’ and that 26/11 attack was orchestrated by the Indian security agencies. Now when the senior officers of the government themselves are taking the responsibility then it becomes necessary that the Supreme Court take the matter seriously and order an inquiry afresh into it.

Following letter is not part of the above report. We are reproducing it as readers may find it of interest:-UMM

To The Editor, Sunday Times of India

In 2004, a delegation, of which I was a member, went to see a Union minister, who is still around in another constitutional post. After we had finished our discussion and were about to leave, the minister told us: do you know that the Parliament attack and Akshardham etc were orchestrated by the BJP government? I and other witnesses are ready to say this and name the minister if a high profile enquiry commission is set up to probe all major terror attacks in the country.