Narendra Modi is only a media product. Ram Temple issue will

harm the BJP. All of the parties are scared of revealing their accounts of income and expenditure. Silence of Indian Muslims on the Syria issue is astonishing

Shahabuddin breaks his many years silence on the issues of: Muzaffarnagar riots, nomination of Narendra Modi by the BJP as its prime ministerial candidate, Ayodhya issue, salary of the imam of the mosque within the Taj Mahal complex, construction of a special electric crematorium specially for Brahmins in Jaisalmer in Rajasthan, ongoing civil war in Syria and on the strategy Muslims should adopt in 2014 general elections. In an interview with Rashtriya Sahara at times he appeared to be angry and at times he was seen seriously and adroitly looking for and suggesting solutions to the challenges. Following are excerpts from an interview with him.

On the question of Muzaffarnagar riots, Shahabuddin mentioned his 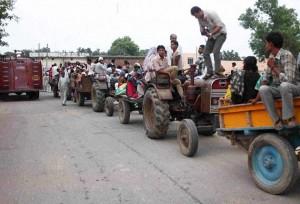 experience and observation to explain and analyse the situation. He said, ‘TV and the newspapers reports are giving the impression that never before in the history of previous riots not as many people had to flee from their homes as in this one, whereas this belief is due to the limited information. If you turn the pages of history you will be surprised to see how our country has been smouldering in the fire of riots. With reference to the Muzaffarnagar riots it is also being said that  after burning the city, the tide of this riot turned towards villages and [it is also being claimed] that it has never happened before. Let me tell you that during the riots in Bihar in 1946 organised attacks were made on villages after villages. At least more than 10,000 lives were lost in those riots. In Bihar Sharif riot in 1980 villages after villages were gutted. Bhagalpur riot too spilled over onto villages and it would not be wrong to say that it was in villages that a great many people were butchered according to a well laid out plan that there is no record available of that. People were slaughtered and buried in the fields and cauliflower crops were grown over them. The Navakhali riot was a village riot. Jharkhand riot of 1967 occurred in a village as well. In Nilie, in Assam, 3000 people were killed and the focus of that riot was also a village. The flames of Gujarat riots reached to villages too.

‘This is wrong to say that riots in cities are controlled more quickly. If this 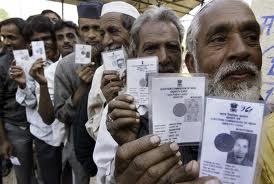 is the case then why the riots in Mumbai, Hyderabad, Moradabad and cities like Aligarh went on for 4 to 5 days. In cities there are also examples of places of worship being demolished in the presence of police.’

Syed Shahabuddin dismisses that the migration of thousands of people in Muzaffarnagar riots is a new phenomena. ‘The riots I have mentioned all caused migration and people were displaced then.’

About the Muzaffarnagar riot he says that in fact it was not a riot but ‘It was an organised attack by a particular caste on a particular community. Whatever may be the cause of the riot, Akhilesh government machinery that you may call it an administration, has failed in controlling the situation. In Muzaffarnagar they failed to show the agility that they had displayed in Durga Shakti case and Vishva Hindu Parishad’s Parikarma.’

On the question of BJP’s nomination of Narendra Modi as Prime Ministerial candidate Syed Shahabuddin says, ‘It won’t do them any good because in this election neither the BJP nor the Congress will be able to win more than 150 seats. However this is surely an attempt to create media hype. BJP is an issueless party.’

Commenting on skullcap and niqab wearing Muslims attending Modi’s rally, he said, ‘No one has investigated whether skullcaps wearing men were in fact Muslims and those who were wearing niqab were not Hindu women. This is only a ploy by Modi to take Muslims for a ride.’

Will the BJP’s agenda be the Rama Mandir? Will it raise this issue in the coming elections? To this question he said, ‘No one can raise the Rama Mandir issue because this issue is under review of the Supreme Court. If BJP raises this issue this will only be an attempt to fool the innocent masses. Muslims have all along been saying that Supreme Court’s final verdict will be acceptable to them. In the meanwhile several suggestions have been floated all of which proved to be a useless exercise. This issue will only harm the BJP.

Pointing out to a news item he said, ‘The imam of the mosque within the Taj Mahal complex is paid only Rs. 15.00 a month to date. This is the amount that started and is being paid since the days of the British rule and there has been no increase in it since then.’ He said, ‘it is surprising that Waqf Board pays Rs. 10,000 to its lowest ranking staff. Then why is the imam of a Waqf Board mosque being  paid Rs. 15.00 a month? Is the mosque not listed in the Waqf property portfolio? If the Waqf has listed it as a Waqf property then why has the pay of the imam not been increased? ’

Referring to a letter he sent to the Rajasthan Government he said, ‘I have asked Gelhot Government under which rule and regulation has a separate electric crematorium been built exclusively for Brahmins and a separate one for other castes? How can a Government do this? If the Brahmins so wish they can build a separate crematorium for themselves on their own but a government does not have the right to discriminate on the basis of caste and creed and allocate from treasury funds for a particular section of Hindu society.’

Syed Shahabuddin looked very irate at the gimmicks and tricks played by the politicians. He said, ‘They talk of reform and they talk of progress. There are about 700 registered political parties in the country.  Of these 700 parties 5 to 7 fall under the category of national parties. Information Commission asked all of them to submit accounts of their income and expenditure but it fell on the deaf years. They agreed only to give accounts of up to 20% of their income while the 80% is secret and unknown. People have no idea where does this money come from and where does it go?’ He said, ‘The reason that politics today has lost its trust among the masses is that it now owes its existence to black-marketing. Obviously if someone will invest his money in a business then he will be the one to earn profit from it as well. Political parties are therefore obliged to toe the line of the corporate houses and therefore cannot dare do anything otherwise and in doing so they do not have any compunction in harming the public.’

Syed Shahabuddin felt very sad at the silence of the Indian Muslims on the situation in Syria. He thinks that Indian Muslims who are keen observers of politics in the Muslim world are not saying anything because they are not getting any direction from the Arabs.

When asked where, as a diplomat, politician and intellectual, did he see the Indian Muslims and what should the Indian Muslims do to play their important role in Indian politics and given their educational and economic backwardness and low literacy rate how could they change the course of Indian politics, Syed Shabauddin’s prompt reply was, ‘Shedding any greed for posts and putting aside personal interests, if a joint formula is prepared then Indian Muslims may succeed in being heard.’

What that formula should be? Shahabuddin said, ‘All of the parties regard Muslims as commodities. You have seen MY i.e. Muslim-Yadav alliance in Bihar. This alliance helped Lalu Yadav rule Bihar for 15 years. What was the end result? Yadavs prospered while Muslims remained backwards as they were. What did Muslims get by aligning with the Communists in West Bengal, a state with 30% Muslim population? If you look at the comparative statistics of the country, Muslims in West Bengal are the most backward lot. In Uttar Pradesh they made alliances sometimes with Mayawati and sometimes with Mulayam Singh. What did they get? Gifts in the form of unemployment and riots only. You have exhausted yourself by helping the Congress continuously. It did not give you even one single university? You cannot go with the BJP and even if you did you will come back with empty hands. There is only one formula in the present political scenario that can be effective and that is to gain entry in the Parliament as independent candidates. Only if 15 courageous and bold Muslims—whose sole aim is to make the nation aware of the condition of Muslims— are able to reach in the Parliament they will shake the floor and the government will have to listen what the Muslims say.’

Syed Shahabuddin thinks that ‘in every Muslim dominated area there are always five to six such personalities that are looked upon with respect by everyone in the locality and the calls given by them are not ignored in that locality. If the local Muslims decide that this time round from their locality they will only send someone in the parliament who has the least desire to gain power [to serve personal interests], does not succumb to the enticements of posts and whose sole aim is to represent the community in the parliament effectively and forcefully then this task will become pretty easy. If you are able to do this all the hurdles ahead will be overcome.  You have been seeing the outcome of MPs elected on the tickets of one party or the other so far. What is the difference between a lifeless statue and the Muslim MPs?’