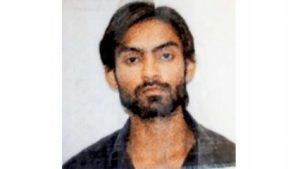 No matter how much the pressure and How powerful the constraints;

The conscientious, but will not surrender or take side with the tyrants and they will always;

Utter the truth even at the altar of the executioner and will not;

Surrender as Actors like You mimicking the script the tyrants wrote !

I am here at the scene of the occurrence of an incident that took place last night. Since last night different rumours of great destruction had been in circulation like that a terrorist had carried an attack and was on a rampage; He carries hundreds of rifles;

Since yesterday we have been struggling to reach to the truth of these assumptions. Now much of the facts are emerging that this is nothing but a drama and a put up story.

I have before in my life come across several such stories authored by the agencies and of all those this seems to be the clumsiest and weakest.

I am fulfilling my responsibility as a journalist and hope that other conscientious scribes would also come forward. Otherwise why be a scribe, cast off the mantle and throw away your pens.

Let’s, first of all look at the gist of the story being narrated by media and the police. The brief of what they have been saying is: A terrorist, who has come from Baghdad the capital of Iraq, has made his way to the Haji colony of Lucknow. He has more than 140 weapons in his possession including several rifles. He is firing from inside a house. His name is Saiful and he is connected with the train blast of Madhya Pradesh. Atif and Muzaffar, the ones held from Rehmani Market in Kanpur, have named him.

According to electronic media present at the scene, this is the first step taken by Shri Narendra Modi who has come to power with a mission to destroy terrorism.

Let’s now try to look at some other aspects of the story as narrated by eye witnesses in the area.  They say Saiful was not a terrorist but a nice and peaceful chap who was a good student and had been renting a room there.

The swiftness displayed by agencies in this is worth noticing. When was the accused killed and when was his dead body taken away everything is a secret.

Residents  of the area say that this story is related to another incident and in order that the readers get to the truth, these other aspects need to be briefed to them.

The house where Saiful known in the area as Saifullah khan is stated to have lived belongs to one Badshah Khan of Malihabad. The tenancy for Saiful was arranged by another man who lives next door. Saifullah lived in this house along with some of his friends as joint tenants who studied in a college in Lucknow.

The person who had helped Saifullah in renting the house was having problems with his son who had been demanding him to get him a big car. Even the previous morning, about 9.00 am, too he was pressing his father for this demand at which there was a scuffle between the father, the son and his grandmother. During the scuffle the enraged son reportedly slapped his father and the grandmother and ran off from the house. The father ran after him shouting, ‘Thief, thief” so that he could be stopped and held by the passers-by. And this is what really happened. Some people living in a slum nearby stopped and caught him.

Dragging and beating the son, father and his uncle brought him home. After reaching home the son, for putting pressure on the father,  phoned some of his college mates. The father upon learning that his son had called ruffians for help himself dialled the police saying that terrorists had invaded his house. No sooner than the police reached near the house the sons’ friends learned about it and fled the scene.

It is said that there was some dispute between Saifullah and the neighbour. Therefore, without thinking for a moment he pointed towards Saifullah’s room.

In it there are two possibilities here : 1) Either this man was part of the planned story or 2) He did not realise the serious consequences of his blunder. However, since yesterday he has gone missing.

However, as soon as he pointed towards Saifullah’s room, police knocked at his door. Having returned after offering prayer at the nearby mosque, Saifullah was reciting Qur’an. When he opened the window and saw several of police vehicles there and unusual scene, he got confused. The police was perhaps waiting for such an opportunity. As soon as and by the time Saifullah having been upset and confused shut the window back, the area around Haji Colony had been surrounded by media teams, and cordoned off by  ATS and black commandos.

The police started circulating the news that a terrorist lived in the house who had piles of weapons in his possession including no.1 ar15 accessories for guns . They said he had fired several rounds of bullets and was shouting ‘Al- Jihad, Al-jihad’ and that they wanted to catch him alive but he had sheltered himself behind the doors.

After reaching the spot police asked all the tenants in other rooms to vacate their rooms alleging that a terrorist lived in one of the rooms. The question that needs to be answered here is: How on earth did Saifullah manage to close the main entrance of the house while the police had already reached there and were asking about the identity of Saifullah himself and had got the house vacated  of other residents.

This question also strengthens the doubts that this was a stage-managed drama in which, first some of the agency personnel in civilian dress entered the house and staged the drama by firing from inside the house. It was followed by black commandos who started crawling on the streets, jumping and  hurdling over walls and then taking their positions there. Is it all a concocted story flavoured with some twist here and some there.

Can the  agencies give an account of their firing? Will the bullets alleged to have been fired by Saifullah be sent for forensic test? Why, when the operation was extended until 11 pm, was no arrangement for electricity made during that period? Electricity was arranged only after 11pm when  the wall was broken into and claim was made that Saifullah had been subdued  and  conquered.

One wonders why in a situation when there was a so-called dangerous terrorist hiding in a heavily populated area there was no electricity until 11pm? Did it not pose a danger to whole of the population? Why was the wall and the roof smashed broken in the darkness of the night? Why was the operation not done during the day light when the residents could also witness it and there would not be that much danger of mishap?

Statements of local residents, videos and photographs testify the fact that earlier during the day agency personnel deployed at the scene were acting in a very relaxed manner as if nothing had happened there. They were gossiping and drinking tea. In cases where terrorists are involved usually high alertness is practiced and displayed. But none of this was witnessed here.

Where is Saifullah’s dead body? Where are the photographs of his bullet riddled body? Where are his blood-stained clothes? Will there be a forensic examination of blood to ascertain whether it bled  when he was wounded or got soaked from his dead body?

This encounter is being linked to Madhya Pradesh train blast. One wonders were the 11 terrorists, arrested in Madhya Pradesh itself, for spying for ISI, not more capable of carrying out the train blast? Or was the Lucknow encounter planned to divert the attention from the 11 terrorists led by Balram and Kinshan Pundit? And what does the occurrence in the last phase of UP Assembly elections point at?

Undeterred from the consequences I have put all the facts before the VIPs and the public.  Notable leaders of the community are in Lucknow now. Will they demand a judicial enquiry on these lines? Or shall we accept that the community is a dead body that fascism is feeding on? The community has been used as a fuel to be used in elections to enable some to reach to high posts. Will the milli leadership pay attention to my frail voice? Will they go to and inspect the scene of occurrence? Will they comfort and console the terrified family of Saifullah?

My submission and my questions are in accordance to the constitutional rights guaranteed to me in a democratic country. If it hurts the administration, then it should conduct a judicial enquiry and answer the questions raised by me.

And now at the end:

Whole of the path is paved with thorns;

The spring is engulfed in dark smoke;

Branches that held the nests are on fire;

Whole of the  meadow been made barren by none but the colourful flowers and the greenery around;

True enemies are neither the winds from across nor the flashes from the skies.

3 thoughts on “ATS Action in Lucknow: Fake Encounter or a Planned Assassination?”