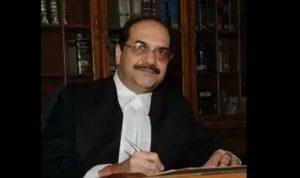 Justice Abhay Thipsay who has recently retired as a Justice from Allahabad High Court was a true judge in its true sense in the turbulent times he sat as a judge.

During his tenure he issued orders of the release on bail of dozens of highly educated youths who had been incarcerated for [their fake involvement in] terrorism, Maoist activities and fictitious anti-national activism. He was not concerned with the faith of an individual. What he paid heed to was if an accused was really involved in subversive activities or had just ended up in being implicated by intelligence agencies. You can click here and find out more about getting bail here.

He has been accused of giving relief to the accused even in sensitive cases because of which as a result intelligence agencies had to face humiliation. Due to all of this he was also defamed and a campaign of  him being corrupt was also run but never has any allegation been proved true.

‘I got a lot of letters, persuading me to “act like a Hindu”. They recalled the history of 800 years, told me this was an opportunity to take “revenge”. Some assured me that the entire Hindu society would back me if I acquitted the accused; others said God would reward me. The persuasive letters outnumbered the threatening ones.’

In an interview to the reputable English language publication Mumbai Mirror he very candidly said, ‘During the hearing of the Best Bakery Case I got a lot of letters, persuading me to “act like a Hindu”. They recalled the history of 800 years, told me this was an opportunity to take “revenge”. Some assured me that the entire Hindu society would back me if I acquitted the accused; others said God would reward me. The persuasive letters outnumbered the threatening ones.’

Justice Abhay Thipsay, 60, was promoted as a District Judge (Jalgaon) in 2007. Due to his good performance and legal expertise, he kept being promoted and on 17 March 2011 he was installed as one of the honourable Justice of the Mumbai High Court.

During his five-years service as a Justice in Mumbai High Court he gave several judgements in very high-profile cases [that appeared to be] in favour of the accused including the bail to film star Salman Khan. [In view of this and] Instead of being allowed to complete his service in Mumbai High Court, during the last days of his tenure he was transferred to Allahabad High Court. He was greatly disheartened at this decision and has openly expressed his frustration in a recent interview.

After assuming the post of a Justice in Mumbai High Court he granted conditional bail to Mohammad Atiq Mohammad Iqbal, a software engineer implicated in terrorism related activities attributed to ‘Indian Mujahideen’.

Following Mohammad Atiq’s bail, other accused Yasir Syed, Majid Shaikh and others were also granted bails. The prosecution used all their might in trying to stop bail being granted to these accused but after 29 hearings Justice Abhay Thipsay gave a historic judgement and released the accused on bail. This led to the release on bail of dozens of other Muslims detained for their alleged involvement in terrorism and the process of these releases is still going on.

This scribe recalls another incident in which after a seven years detention an accused, Javed Abdul Majeed, incarcerated in relation to Aurangabad Arms haul case, was granted bail by Justice Abhay Thipsay.

In this case a bail application was filed by Jamiat-Ulama-i-Hind for Javed that was argued by senior advocate YugMohit Chaudhry. Jamiat-Ulama-i-Hind had appointed Advocate Shareef Sheikh, Advocate Ansar Tanboli and this scribe to assist him. Arguments on Javed Ansari’s bail went for several months during which the public prosecutor went as far as saying to Justice Abhay Thipsay that if Javed was granted bail it would pave the way for the release of other accused as well. Therefore, in view of ‘national interests and security’ his bail should be rejected.

But the brave, fair-play-loving and known for deciding cases in accordance to the demands of justice and law, Justice Abhay Thipsay, despite being transferred from Mumbai High Court to Aurangabad branch, delivered a 30 page long detailed judgement from there through video link.

At that moment along with Advocate Shareef Sheikh this scribe was present in the Conference Room of Mumbai High Court, when during lunchtime, Justice Abhay Thipsay appeared on the screen and read a judgement in favour of the accused Javed Ansari.

This judgement of Justice Abhay Thipsay proved to be of historical importance because after the release of Javed Abdul Majeed Ansari, special MCOCA Court used it as a precedent and a guiding rule and granted bails to Riaz Ahmed Mohammad Ramazan, Abdus Samad, Sheikh Viqar, Mushtaq Ahmad, Aqeel Momin, Afzal Khan and others.

Last year after being relieved as MCOCA Judge, G T Qadri, presiding over the Aurangabad Arms haul case in a special MCOCA court held in Arthur Road Jail, said that he was highly impressed by Justice Abhay Thipsay’s fearless adjudications in high profile cases and that from his judgements he had learnt a lot that he enforced during the hearings.

Similarly in 11/7 Mumbai Local Train Bomb blast case he gave relief to the accused when mobile companies were demanding Rs 50 lakh for providing the details of calls (CDR) but had provided these to the prosecution free of cost. Justice Abhay Thipsay ordered mobile companies Airtel, BSNL and Vodafone to provide CDRs to the accused like that they had given to the prosecution and these companies had to comply with the orders.

In his interview Justice Abhay Thipsay said, ‘I’ve  never been scared of agencies and have always decided cases in the light of evidence and proof that had been approved as correct by the Supreme Court as well.’

He said, ‘Actually, in 2014, a social media campaign was started against me, alleging that I was corrupt and was nick-named as a ‘bail-granting-judge’. It was so strong that the police themselves informed me that it was emanating from Gujarat, and that the same post had been clicked 1,000 times on just one day. Until then, some of my judgments had been described as controversial. That I didn’t mind. But never had my integrity been questioned. That demoralises you.’