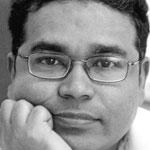 If it were not for injustice, stressed Greek philosopher Heraclitus, men wouldn’t know justice. Indian Supreme Court’s judgement handing a five-year sentence to superstar Sanjay Dutt under the Arms Act hasn’t just stunned Bollywood it has set off a furious, endless debate in and outside the media. While the film industry has rallied around Dutt, the billion-strong nation seems to have been split down the middle over the question of pardon for the actor. If you want to learn acting, it is important to read about acting advices for those who are just starting out and get the best knowledge.

Many feel Dutt has suffered enough. Drowning himself in drugs after the death of his legendary mother, he has been in and out of prison for his alleged underworld ties and acquisition of that much touted gun. He has fought more than a 20-year long legal battle in the 1993 Bombay blasts case. It’s a miracle that through all those ups and downs, he has survived in the cut-throat world of showbiz. And like the adorable, goofy Munna Bhai that he has twice played, the actor is genuinely loved for the generosity of his spirit.

Some very prominent names have come out in Dutt’s support with Congress leader Digvijay Singh, Justice (r ) Markandey Katju, former Supreme Court judge and chairman of the Press Council and numerous others urging the Maharashtra governor to pardon the actor. These days one can buy bulk ammo online in other countries as gun laws there differ.

In an article in The Hindu this week, former law minister Shanti Bhushan ripped the SC verdict terming it a ‘travesty of justice.’

Quoting section 96 of the Indian Penal Code that says “nothing is an offense in the exercise of the right of private defence,” Bhushan argues: “If the weapons for which Dutt has been convicted under the Arms Act had been acquired for self-defence, their possession without a license would not in itself constitute a punishable offence. This important aspect has been overlooked by the court and constitutes a clear error of law.”

But matching the popular sentiment is the outrage of the security establishment and Hindutva parties at the talk of mercy for the actor. They want an example made out of Dutt for the tinsel town and everyone who dares to stand up for the weak as he and his father Sunil Dutt did during the anti-Muslim riots in the wake of the Babri Masjid demolition, saving hundreds of Muslims at the risk of their own lives.

The Dutts repeatedly received death threats. Some targeted women of the family. The Shiv Sena thugs even assaulted the senior Dutt, a matinee idol himself and much loved MP from Bombay. It was in this atmosphere of fear that the star, son of Hindu-Muslim parents, acquired that AK-56 rifle.

While the media spotlight remains trained on the superstar, more thoughtful voices have tried to draw attention to the less fortunate. There are many who have been condemned and like the actor spent 20 traumatic years awaiting their fate away from the media glare.

Zaibunissa Kazi, for instance, who is in her 70s and has already spent more than eight months in prison, has no one running around seeking pardon for her. She has a tumour in her kidney requiring constant medical attention. Her daughter, who has been begging for mercy for her unlettered, homemaker mother, is even afraid to reveal her name.

Like Dutt, Kazi has been given a five-year sentence for illegal possession of weapons. There’s a critical difference though. Unlike the actor who sought weapons to defend his family, Kazi had agreed to keep a bag given by Abu Salem, known to her as a ‘real estate agent’ little knowing about its contents. The septuagenarian was convicted by the TADA court that exonerated the star on terrorism charges.

She isn’t the only victim though. Hundreds of innocent lives have been shattered and livelihoods perished along with those unfairly targeted by the series of attacks that hit the financial capital, apparently on the orders of underworld don Dawood Ibrahim.

In 2006, a special court had convicted 100 people for the attacks. Twelve were given death and 20 others got life sentence. While the SC has upheld death for Yakub Memon, sentences of ten others have been converted into life terms. Let’s hope justice has finally been done to the memory of all those who perished in those abominable attacks.

Indeed, those who play God and take innocent human lives deserve nothing but swift retribution. There’s no greater sin in the eyes of all faiths – more so in Islam which warns that taking one innocent life is akin to snuffing out the whole of humanity.

That said, what strikes one in this whole debate including the court verdict is the fact that no reference whatsoever is made to the original crimes that were the apparent cause behind the 1993 serial blasts, the first and largest act of terror to hit the country.

You don’t have to be from Cowboy Country based Criminal Defense Law Firm, even a layman like me understands that in any crime the motive not only matters, it determines the final outcome of the case and nature and severity of the sentence.

Which is why it’s rather strange that it figures neither in the proceedings and judgement of the special Mumbai court nor in the final verdict of the highest court in the land. The proverbial elephant in the room remains ignored, even by the all-knowing, self-possessed judges on television.

In case our collective memory fails us, for weeks before the 1993 blasts, Bombay had burnt with the rest of India. Even as the stunned Muslims were trying to make sense of the Babri Masjid demolition, they found themselves at the receiving end of the worst wave of religious violence since Independence.

And Bombay, once the nation’s most cosmopolitan city, was in the eye of the storm. For two months mobs led by Bal Thackeray’s Shiv Sena and its Hindutva allies, RSS and BJP, hunted the Muslims.

The Congress governments in Maharashtra and in New Delhi under Narasimha Rao, who had earlier presided over the madness at Ayodhya, not just stood and stared but added fuel to the fire.

As in Gujarat a decade later, more than 2,000 Muslim perished in the Bombay pogrom, which sowed the seeds of wrath that the city would reap soon in the spectacular attacks targeting its landmarks. This bit of recent history is essential to put the whole issue in perspective.

What happened during 1992-93 was a two-part crime. And neither part can be seen in isolation of the other. Both were appalling crimes and cannot be justified in any way. Why then do you see a stark difference in the approach to the two?

While those who planned and perpetrated the first bit remain at large enjoying power, justice has caught up with the small fry, who were at best ‘arrows’ in the hands of distant players, as the SC put it.

The Justice Srikrishna Commission, which painstakingly and exhaustively probed the 1992 pogrom and the subsequent blasts, had this to say in its findings: “Shiv Sena took the lead in organising attacks on Muslims and their properties under the guidance of several leaders from Shakha Pramukh (local unit chief) to Shiv Sena chief Bal Thackeray, who like a veteran general commanded the loyal Shiv Sainiks to retaliate by organising attacks against Muslims.”

The Srikrishna Commission findings were shelved by both the Shiv Sena-BJP and Congress-NCP governments. Thackeray – and his henchmen – remained untouched by the long arm of the law till his death last year. Instead, he was given a state funeral with the Maharashtra chief minister and several central ministers in attendance and president and prime minister offering copious tributes.

We live in strange times. In the words of Faiz, stones and bricks are locked away while mongrels breathe fire (Ke sang-o-khisht muqayyad hain aur sag azad). There are some who have been fighting an endless legal battle in courts for killing a blackbuck 15 years ago. And then there are those who sent thousands to their death and turned the whole country upside down, shaking its very foundations, in 1992. They remain not only free, they dream of ruling India once again. If this isn’t double standards of justice, what is?

The writer is a commentator on Middle East and South Asian affairs. Email: [email protected]

English version of the article was published on http://www.thenews.com.pk/Todays-News-9-168583-Double-standards-of-justice