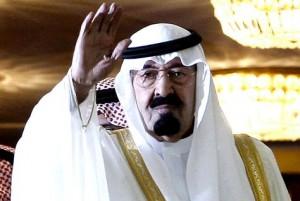 has uploaded a video clip that shows increasing dissension in the public and the ulema of Saudi Arabia against the Aa-le-Saud (Saudi rulers).

Saudi rulers are supporting the army coup in Egypt while the Saudi public is against the massacre and dismissal of a democratically elected Islamist president. They have been openly expressing its opposition to the stand taken by their rulers. In a latest incident the imam of Masjid Al-Firdous in the eastern part of Saudi capital Riyadh, ignored Government’s stand and openly deplored the rulers of Syria and Egypt and stressed that the rulers in these countries were committing mass murders of innocent citizens.

It should be remembered that the Imams in Saudi Arabia are required only to read out the written sermons provided by the Government. But anguished by the killings the Imam cursed the rulers of the two countries in his Friday sermon and said, ‘O’ Allah destroy the rulers of Egypt and Syria. Atrocities (against Islamists) and those who worship Thee have crossed all the limits. They are being picked up and killed amass.’ The Imam invoked, ‘O’ Allah destroy Bashar-al-Asad and Egyptian army leader al-Sissi.’

After the prayers some Egyptians who were the supporters of Egyptian Government objected to Imam’s sermon. They said that Egyptian people knew well what was good and bad for them and no non Egyptian scholar had the right to opine on the situation. They also said that religious scholars should not talk about politics. One of them went as far as saying, ‘If any scholar dared utter a word about it in future his jaw will be broken.’ Hearing the utterings of the Egyptians, Saudi citizens beat up Egyptians inside the mosque. The situation however was soon got under control but the footage of the incident got circulated far and wide on twitter and youtube. More than thirty thousand people have so far commented on this incident. Meanwhile Saudi Arabia’s Ministry of Religious Affairs has setup a committee to investigate into the incident. However, according to Al Hayat newspaper the Imam has been sacked. The Ministry’s stand is that mosque’s pulpit cannot be used to express political opinion.  Residents of eastern Riyadh have expressed displeasure at Imam’s dismissal. Commentators have been expressing views on this event and saying that there is anger in the public against the Royal family and that the smouldering volcano of anger may erupt any time. This should also be remembered that the Imam of Haramain Sheilkh Alshareem and Sheikh Al Sudais have also been reported to have expressed unhappiness at the massacre of Brotherhood supporters and the dismissal of a democratically elected Islamist government by the Egyptian army. One of the commentators has also said, ‘Muslims are being butchered with the arms supplied by the Russians in Syria, while in Egypt arms supplied by the cursed America are being used for killing the Muslims there. And the sad thing is that many Arab countries have become tools of the conspiracies of these disdained countries and have been aiding and abetting the barbaric regime, supplying weapons to it and have taken the responsibility of meeting all of its needs.’