Uniform Civil Code is not confined to Family Laws only. It is not related only to marriage, divorce and division of inheritance. This is a wide legal topic that encompasses many worldly affairs. It would also be wrong to assume that it is only Muslims and their religious practices that will be targeted by a Uniform Civil Code while others will not be affected.

It happened in 2004. Parliamentary elections had been announced. Lal Krishna Advani had made a loud proclamation that if his party wins the elections Uniform Civil Code would be implemented.  By the way this slogan had echoed in 1999 too. But one wonders why during NDA’s five years rule it was completely ignored. 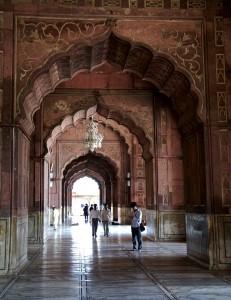 Anyway, after hearing Advani’s proclamation some of us sent him a message, by telegram, that if a document or a blueprint about Uniform Civil code had been prepared we should be informed about it and that we were willing to talk about it. We stressed that democratic principles required that on matters of national interests only after a discussion and exchange of views should any conclusion be derived. We did not get any response but after that, throughout whole election campaign, the slogan of Uniform Civil Code was never heard again.

This time round, after BJP’s resounding victory, this slogan has echoed once again.  It is unwise and unreasonable to react like a child who, after being told that the crow has bitten his nose off, starts running after the crow and does not try to see and feel his nose. Would it not be wise to ask those who are raising the slogan for a Uniform Civil Code, what their concept of a Uniform Civil Code is? And whether they have prepared any blueprint of a Uniform Civil Code? If they have, then it should be made public so that it may be studied and scrutinised so that it could be seen which clause or clauses of it are acceptable to everyone and which are unacceptable, who they are unacceptable to and why? Getting agitated without this exercise and carried away by anger would mean that we have blindly fallen into the trap laid for us by those who raised this slogan and this is what exactly they want.

Experts from Worcester O’Connor Family Law Firm has said that first of all it is very important to understand that Uniform Civil Code is not confined to Family Laws only. It is not related only to marriage, divorce and division of inheritance. If you need assistance with visitation of adopted child, check it out here!  This is a wide legal topic that encompasses many worldly affairs. It would also be wrong to assume that it is only Muslims and their religious practices that will be targeted by a Uniform Civil Code while others will not be affected. Muslims think that because no other community opens its mount against Uniform Civil Code hence this slogan is raised just to hurt their feelings.  Such a fear is neither totally wrong nor wholly justified though.

The fact is that every community, including many sections of Hindu community, will also be affected by this. Generally,you can consult law firm for civil lawsuits claims irrespective of any discrimination. If others do not say anything against it, it is because Muslims have already opposed it so there remains no need for others to oppose it? The slogan mongers are aware of Muslim sensitivities to provocations. They want Muslims to become agitated and thus provide them the opportunity to tell the world, ‘See, Muslims do not want to live by the laws of the land.’ Their audience have no idea which law is being talked about. However their audience have by the way heard Muslims proclaiming that they will not abide by the law. Obviously this creates a very negative opinion about Muslims. This serves the purpose of the claimants and Muslims get the brunt.

India is a multi-religious country. Here even the followers of the same religion have such diverse customs and practices that one sect appears totally different from the other. Until recently the accepted norm had been to recognise the customs and traditions that had been practiced for centuries as part of a religion, a community or a section and let them remain intact and allowed to be practiced. After the imposition of a Uniform Civil Code will this remain so? For example in some parts of Kerala and south India a marriage between a real maternal uncle and a niece is considered to be very auspicious.  Obviously in the northern, eastern and western parts of India it will be regarded as abhorring, heinous and a sin. In some parts of the country a marriage between boys and girls of the same gotra [sub section of a caste] can lead to social boycott or blood feuds. The question is: will the Uniform Civil Code ban such a system or will it allow such marriages for everyone? Similarly there is a custom among Sikh community that, after the death of the elder brother, a younger brother puts a chadar [head scarf] on the widow of his elder brother which means that the elder sister-in-law has now become wife of this younger brother. Rajindra Singh Bedi’s novelette Chadar Ek Meli Si is a masterpiece on this issue.

In some parts of Nagaland [in the Garo tribe] there is a custom according to which when the husband dies the widow becomes the wife of her eldest son-in-law. All of these customs have come into practice to avoid division of landed property specially the agricultural land. How will the Common Civil Code deal with such issues? What will be the result if these customs are tempered with? And if they are allowed to be practiced as they are then will it not defeat the very purpose of a Common Civil Code?

Kanyadaan is also a centuries old practice. Under this system the dowry a girl is given at the time of her wedding is considered to be her final and full share from ancestral property. After this there remains no share for her in parental inheritance.

Until recently similar custom was prevalent among Muslims with regard to agricultural and immoveable property as well. All India Muslim Personal Law Board changed it in 2004 in accordance to Shari’ah. Before the abolition of Zamindari system a custom similar to Kanyadaan and dowry being given to a girl at the time of her wedding was prevalent among Muslims as well. This was amended when some Muslim organisations, Muslims for Secular Democracy on top of them, launched strong protests against this anti-Shari’ah division of immoveable property.  Now a Hindu girl too, if she so wishes, can demand her share in ancestral property but this can only be done through court of law. However, it is not clear whether she can also claim a share in her parental property that has increased in value after her marriage. What will be the stand of Uniform Civil Code on this issue?

This should also be borne in mind that it is possible to give equal share in cash and moveable property.  But when it comes to agricultural land situation becomes very grave. The partition of agricultural land or of an orchard is a matter of life and death for a farmer. A farmer cannot tolerate his sons-in-law demanding their shares in agricultural land or insisting to sell it. As has been said above the very practice of such customs was to stop the possibility of division of a farmland. There can be severe repercussions if any Uniform Civil Code attempts to interfere in such matters.

Another issue is of income tax and ownership of the land.  So far an undivided Hindu Family gets some concession in income tax. Such a family has to pay lesser income tax than others and has the right to own more land than others. Will the Uniform Civil Code plead for such rights to all Indians or will it abolish these concessions to a section only so that, with regard to rights and duties, all Indians become equal. If the Uniform Civil Code does not touch these aspects then it will be a very weak legislation and will have to face many kinds of legal challenges in law courts.

As such the slogan of a Uniform Civil Code can have great attraction for some and may look dreadful to others but as far as practical aspect is concerned its ground is very uncertain and unclear. For as long as its scope is not clarified it will remain confusing. Is it targeted at particular issues and topics or seeks to treat all Indians as equals?  Therefore it should be insisted upon that the blueprint of the Uniform Civil Code be publicised so that each and every aspect coming in its ambit could be satisfactorily discussed. Such a demand is the right of every Indian citizen that no one can deny.