Democratic discrepancies will have to be fought with democratic spirit

These days especially the Urdu newspapers are streaming with all kinds of advice from their writers to their Muslim readers of Bihar. Some caution them not to let their vote get wasted and ask them to vote in a united way and thus make it a historic feat of saving the secularism. On the other hand some are of the opinion that elections in Bihar will decide the fate of the country as a whole. For them the poser is whether this country should run on the path of secularism or become a Hindu Rashtrya. Plans are to get Muslim votes fractured and divided, hence the need that Muslims should use their vote with great care. They have to display unity if they want to defeat the BJP. 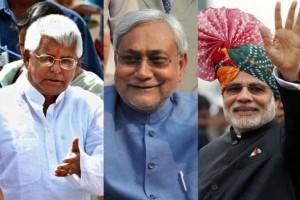 Some on the other hand opine that because such and such seat is overwhelmingly dominated by Muslims therefore it is their vote that will decide its fate. With that also fear is expressed and reproached that the BJP agents are there to create a rift among the great unity of seculars in Bihar. Target of this reproach are not only the political leaders but are also many Ulema (religious leaders) who have been accused of being in tandem with the NDA.

There are many contradictions in the appeals to Muslims to cast their votes unitedly. First of the contradiction is the fact that Muslims never cast their votes unitedly to one candidate.  It is only an assumption that Muslims as a community cast their vote in unison to one candidate. Elections for local panchayats to the ones for Assembly and Parliament are a proof of that dichotomy. This dichotomy depends sometimes on the basis of clan, caste, community and also personal likes and dislikes of the candidate by the voters. The assumption about Muslims voting in unison and with a united conviction is exploited very shrewdly for the reverse polarisation and for that the traditional as well as social media are playing a big role. In situation like this appealing to Muslims to get united is simply ridiculous. Food for thought in such a situation is the thought that what would happen when if someone makes an appeal to Hindus to cast their vote unitedly? People who make appeals like this do not have the idea that what a big mistake they are committing unknowingly and are thus in fact making elections in Bihar a test of Muslims Vs non-Muslims or Seculars Vs non-Seculars whereas the facts on the ground are quite different.

Recently we saw an appeal by a big religious leader saying, ‘Secular and fair-minded people specially the Muslims are feeling very uneasy at the behaviour of political parties in Bihar during this election climate. Secular parties have also always kept Muslims deprived of justice and the policies of secular governments about deprivation in states and the Centre pushed Muslims even lower than the Dalits.’

Appeals like this and analysis of the prevailing conditions in such a way is in fact the result of not understanding the complicated nature of the prevailing political and social conditions. If the Secular parties have made the condition of Muslims worse than the Dalits and the communal parties are enemies of Muslims then what remains the difference between the Secular and the Communal?

Analysing situations in this way many a time results in complaining that votes got divided between two secular candidates and resulted in the triumph of candidate so and so and defeat of candidate so and so. Due to the artificial divide between the Secular and non-Secular factual analysis of the voter’s like or dislike during elections is not possible. For example in the Lok Sabha elections in 2014 NDA’s triumph under the leadership of Prime Minister Narendra Modi should not be viewed only the success of BJP and the emergence of Hindutwadi forces. It was never the fight between the Secular and the non-Secular. In fact it was the disastrous result of UPA’s failures – some real and some not so real. The energetic and highly charged leadership of Narendra Modi backed by a corporate style marketing campaign that through an orchestrated assault by the media against the weak leadership of Prime Minister Manmohan Singh played a vital role in the UPA’s defeat and NDA’s triumph. Only after thorough analysis of many factors involved and complicated affairs therein can one understand the real causes of the results of general elections of 2014. It is similar to that of Mayawati government’s defeat in Uttar Pradesh by Samajwadi Party. Reasons and conditions were different but it was never a fight between the Secular and the non-Secular.

This is a surprising phenomenon that as soon as one joins the BJP he instantly becomes communal, while on the other side a person from BJP joining Congress, Samajwadi Party or BSP is immediately declared a Secular although it is known that there are communalists in varying numbers within Secular parties as well. Now secular parties are being put under the microscope to test their vision and aim with reference to them being secular.

There is a long list of communal riots during the Congress rule. It was the Congress government that did not take action on the Sri Krishna Commission Report. It was Congress government that organised Shalaniyas on the grounds of Babri Mosque. Presently the tentacles of Mulayam Singh Yadav are being described as connected with RSS and BJP. The problem is that when we analyse things from the viewpoint of electioneering politics being secular or non-secular, we always get the wrong result. A certain sect of political analysts is engrossed in tussle between the secular and non-secular while the political leaders themselves do not make it a basis for their decisions. For them the best is what serves the interests of their parties; to keep themselves safe and make sure that any deal that has been made behind the curtain is put into practice. If the aim of the party leaders was the expansion of their party then why would they join hands with other parties before elections? If the aim of a state-based party is to become a national party and to increase its vote share then even the simple thought of joining hands with any other party will be described as stupidity. From viewpoint of the masses being secular or non-secular is not a voting yardstick as well. Voter’s decision depends upon the issues that he faces such as inflation and other social problems and also the candidate’s stature, his or her relationship with the voters, like or dislike of the party etc.

An aspect of this problem can also be understood by an example. One can ask the Samajwadi Party leader Mulayam Singh Yadav the question that how much secular he has made his Yadav Samaj? How much sacrifices you have made to keep secularism alive and kicking within your own clan? To know the answers to these questions one will have to pose some secondary questions and then answers of them only will be able to reveal the fact that how much or whether the Yadav Samaj has been secularised in any way at all. What are the criteria of social justice within the Yadav Samaj, what building should be erected on the grounds of Babri Mosque – should it be a mosque or a mandir? Answers to these questions will be awakening and we will then forget the difference between the secular and the non-secular.

Secularism is not an issue behind the separation of ways of Mulayam Singh from Lalu-Nitesh alliance before elections in Bihar. Mulayam Singh has his own goals in view and has his own preferences. We may if we want, can make secularism the reason behind this decision but the fact is that realities lie somewhere else and about that much has been written and the character of Mulayam Singh has been exposed. Tariq Anwar of NCP has also separated his ways from Lalu-Nitesh alliance and now his party has made a third alliance with Samajwadi Party and has already declared that it will fight the elections from all the seats.

On the other hand the six leftist parties have made their own alliance. Asaduddin Owaisi of Majlis-i-Ittihad-ul-Muslimeen has made it known that he will fight the elections from Seemanchal area of Bihar. It is said that in Seemanchal area two Muslim clans known as Surjapuris and Kohlias play an important role there. One veteran leader has already described Mr. Asaduddin Owaisi as an arrow from the quiver of Mr. Narendra Modi and has thus referred to the picture of Muslim politics in the past. Fact is that reasons whatsoever being given for a Muslim political party not entering the arena are so flimsy and meaningless that it needs not any mention of those here at all. Yes! If any of the Muslim political party enters the election arena then it will have to avoid playing communal politics. If Asaduddin Owaisi talks about issues such as progress, education, partnership in policy making, share in jobs, partnership in public institutions, representation in democratic institutions and others like then he should be heard and acknowledged in the same spirit as Mulayam, Sonia, Nitesh and Lalu Prashad.

Democracy is not simply an exercise of voting. It is a form of government described as of the people by the people for the people. Many governmental reports have made it evident that condition of Muslims in India is worse than the Dalits. Main reason of this backwardness is the vacuum in which there is no able, honest and capable Muslim leadership. In every field Muslims need able and courageous leadership. Politics is also a field where Muslims should not play a secondary role. It is time Muslims need to come out and shed their psyche of defeating the BJP. Conditions that prevailed just after the country was divided have now also changed. Now the question is not to save secularism or defeat it but is of shying away from facing the issue and full front. It has to be kept in mind that a community that is more afraid of its failure than having the fire and will in its mind and heart to succeed, will never be able to achieve its goal.