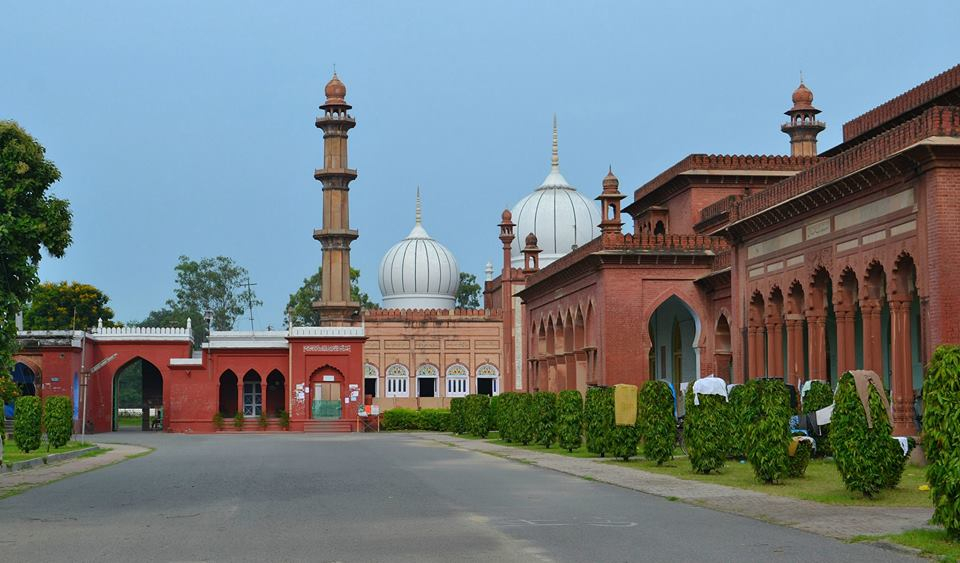 The minority character of Aligarh Muslim University is back in the news. Attorney General (AG) Mukul Rohatgi has told the Supreme Court that, in the opinion of the HRD Ministry, AMU is not a minority institution; ‘as the executive government at the Centre, we can’t be seen as setting up a minority institution in a secular state’. Thus, even though characteristically rubbing the minority shoulders on the wrong side, a central government functionary has for once realized the importance of secularism in the Indian constitution. Another perturbing aspect, however, of the AG’s statement before the court is that instead of highlighting secularism as an asset for the wellbeing of the heterogeneous Indian society he has tried to present it to the court as a constraint forced on the minorities.

While saying so the AG forgot so many democratic realities of India. To manage Hindu temples and endowments in the state of Tamil Nadu, for more than 50 years, there exists  a separate service cadre for Hindus only (code 003). It is known as Tamil Nadu Hindu Religious and Charitable Endowments Administration Service. Recruitments are made by Tamil Nadu State Public Service Commission for the post of Assistant Commissioner under the Tamil Nadu Hindu Religious and Charitable Endowments Administration Department. The recruited officers, after undergoing official training, are posted across the state, they’re accommodated in government residences and they travel in government vehicles.

In the state of Kerala, Deputy Commissioners are directly recruited by the Kerala Public Service Commission (KPSC) to serve under the Hindu Religious and Charitable Endowment Administration Department. The KPSC advertisement in newspapers says ‘Only persons professing the Hindu religion shall apply to the post’. In the state of Karnataka, Sections 6 and 7 of Hindu Religious Institutions and Charitable  Endowments Act, 1997 say that the Commissioner etc shall be government servants and they shall be Hindu.

In the state of Odisha, Sections 7 and 8 of the Orissa Religious Endowments Act, 1970 say that an officer of the state government shall be the President of the Board and he shall be Hindu. In the most populated state of Uttar Pradesh, Sections 3 and 6 of Sri Kashi Vishwanath Temple Act say that four Secretaries to the Government of UP, one Director, the Divisional Commissioner and District Magistrate of Varanasi shall form the Executive Committee of the Board and if any of these officers is not Hindu the officer next below him who professes Hindu religion shall substitute him.

Attorney General Rohatgi also forgot before the Supreme Court that under article 15(4) of the Constitution of India the Government is empowered to make special provisions for the advancement of the socially and educationally backward classes of citizens. Under article 15(5) the Government can make special provisions, by introducing specially drafted bills for legislation, for the advancement of any socially and educationally backward classes of citizens. Under article 30(1) the minorities have the right to establish and administer educational institutions of their choice. Under the spirit of these constitutional provisions the Parliament through the AMU Amendment Act of 1981 empowered the University to promote especially the educational and cultural advancement of Muslims in India. Through this statutory amendment the parliament neutralized the ‘anti-minority-character’ effect of the Supreme Court judgement in Aziz Pasha case of 1967.

But the attorney general could not even decently hide the anti-Muslim bias of those who briefed him. He said in the court that the AMU is not a minority university because it has been established through an act of parliament. Going by such reasoning, one is afraid, the recruitments and special government services rendered to the Hindu temples in the above mentioned five states would need to be withdrawn and cancelled because all of these have been established through acts of legislative assemblies. Also tens of thousands of schools in India are recognized by the government and affiliated to different boards of education. Some of them are statutorily registered as minority institutions. Thus, for granting minority status, government recognition is an enabling factor.

More so, under the Right to Education Act 2009 no school, other than a school established, owned or controlled by the appropriate Government or the local authority, can be established or function, without obtaining a certificate of recognition from the prescribed authority. So, as a fall out of the attorney general’s reasoning no school can be granted the minority status as all schools are recognized by the government.

Rohatgi also said that the ratio of the 1967 Aziz Pasha case still holds good. Is he trying to say that the parliament is incapable of undoing a view taken by the court ? That way he is trying to obstruct the basic structure of the constitution which may have far reaching consequences destabilizing the sacrosanct and strong Indian constitutional monolith. Doesn’t he need to resist from throwing the baby along with the bath water?

Perhaps that is why the supreme court in its astute wisdom had to ask him the loaded question: is the abrupt change in the attitude of the union government caused by the political change of guard at the centre? Again the AG looked askance while the court had to order him to transform whatever the government has to say into a duly sworn affidavit on 4 April 2016 that’s the next date of hearing.

It seems that the AG was briefed parochially at the bureaucratic level without the latter pre-obtaining specific instructions from the political executive regarding the substance of the arguments to be made. Otherwise, this instance of the union HRD ministry is quite at variance with the way prime minister Modi has recently changed his government’s approach toward interest-less banking in India as well as dealing with the intransigent western neighbour Pakistan. One wishes there is truth therein; may be because of that Rohatgi added the rider that it is upto the university to adopt a contrary view.

In the meanwhile the student body and staff association of the ‘varsity would do well to register their democratic agitation with the union HRD ministry. Three cheers to the vice chancellor who has already stated that the AMU’s minority character is a matter of life and death for the institution as well as the Indian Muslim community.

A deeper analysis reveals that the whole issue boils down to reserving 125-150 seats in the university’s medical & engineering colleges and may be in MBA too. In whole of India there are thousands of institutions giving such degrees but somehow the union HRD ministry is disproportionately bogged down with these 125-150 seats in AMU.

The national commission headed by former supreme court judge Justice Ranganath Mishra had written in its 2008 report that if, as per judicial decisions, in the institutions established by the minorities more than 50% seats cannot be reserved for the minority candidates that leads to the remaining 50% seats virtually going to the majority community. The Commission strongly recommended that, going by that reasoning and in the interest of justice and fair play, in all those institutions that are not established by the minorities at least 15% seats must be reserved for the minority candidates.

The AMU counsel has asked the supreme court to refer the 1967 Aziz Pasha case to a larger bench. If the 1981 amendment in the AMU Act has neutralized the ‘anti-minority-character’ effect of Aziz Pasha case then such a reference is not called for. However, if the court decides to do so then – and even otherwise during the current judicial proceedings – the above recommendation of Justice Mishra Commission needs to be strongly raised by the AMU counsels during their arguments.

PM Modi will hopefully once again act in the spirit of a world statesman, will intervene and benevolently restore to the AMU its pristine glory of minority status as per the dreams of its illustrious founder Sir Syed Ahmad Khan; and he would give clear instructions to the HRD ministry for revising its stand taken in the court. Alternatively, the Supreme Court would restore justice to the glorious institution established by the Indian Muslims 130 years ago in 1885. For that purpose it may even refer the matter with suitable directions to the National Commission for Minority Educational Institutions in the spirit of section 11(c) of the NCMEI Act, 2009.

The author is a retired bureaucrat and President, Zakat Foundation of India

Urdu version of this article appeared in Roznama Sahara, 14 January 2016