In the last year of their terms most of the democratic governments turn into egg-hatching-chickens but disguise themselves under the mask of popular politics.

As in the last year of the term US becomes a timid cat and Israel a lion.

As in India, in order to puncture the political tyre of BJP, Congress Government has hanged Afzal Guru. 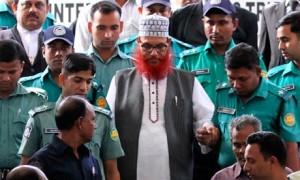 As in Pakistan, after sitting on the treasury for four years like a snake, in the fifth year federal and provincial governments have started racing to complete public welfare projects.

It starts from laptop schemes, inauguration of transport projects, overnight construction of flyovers, Pak-Iran Gas pipeline, agility in the formation of North Punjab province, stipend for poor women, one more dream of cheap houses for low income earners, to win the sympathies of extreme rightwing  elements insistence upon negotiations with Taliban, environment policy, energy policy, Economic Task Force, cut this ribbon and that ribbon, sit on this bulldozer, drive that yellow taxi (check https://arizonasedanandlimo.net/ this link for taxi services) , show sympathy with this widow, lift that orphan in your arms… Bhaijan, Meharban, Qadardan one vote…just one vote… after this, until next five years, we will not bother you…

In Bangladesh this is the election year.  So all of a sudden ruling Awami League remembered to open 40 years old files, do justice with history and make good the ugly corners of history. If after 60 years Nazi collaborators can be dragged out of their hidings and be tried, why can’t, after 40 years, the treachery record of Jama’t-e-Islami be opened? Why can’t they be tried for crimes against humanity? Why can’t they be hanged?

But hold on a minute… Is it not the same Awami League that, in the last 40 years, is in power for the third time? Then what is it that in the fifth year of its third term suddenly everywhere it can see disloyal people? Is it not the same Jama’t-e-Islami that had been banned by one hero of liberation movement, Sheikh Mujiburrehman and that was restored by another hero of liberation movement, Maj. Gen Ziaurrehman? How come in the presence of Awami League was this disloyal Jama’t-e-Islami, from 1985 to 2008, able to contest elections five times, win seats and continue to enjoy various ministries?

Agreed that the late Ameer of Jama’t-e-Islami Bangladesh, Professor Ghulam Azam, was a national traitor that is why the first government of Awami League had cancelled his citizenship. Also agreed that the restoration of his nationality during the rule of Ziaurrehman’s Bangladesh Nationalist Party was a sordid political act and tantamount to treachery with the blood of the martyrs of the freedom struggle. But what had happened to the Supreme Court of Bangladesh that had refused to entertain petitions challenging Professor Ghulam Azam’s citizenship and had kept it restored?

Is it not the same traitor Jama’t-e-Islami that, along with Hasina Wajid’s Awami League and Khalida Zia’s Bangladesh Nationalist Party, had participated in countrywide demonstrations and political rallies against General Irshad’s dictatorship? Why then was the War Crime Tribunal formed in 2009?

There are two ways of burying the past. One is that, following Nelson Mandela, a Truth and Reconciliation Commission be formed in which the guilty-feeling-oppressor and the revenge-filled-oppressed come face to face, listen to each other with open heart and forgive each other.

Second method is that in order to try those who have been involved in crimes against humanity, with consultation with International Crime Court, an International Tribunal is formed in which accused are tried, as has happened with the war criminals of Bosnia, Rawanda and Sierra Leone.

Third Method is not to care about the consequences and appoint oneself the jury, judge and the executioner. Bangladesh has adopted the third method regardless of whether the nation is divided into two parts and violence rules on the streets but vote should not be lost.

Perhaps the problem is due to the last year. Can some system be devised in which which the democracy survives but last year of the term never comes?