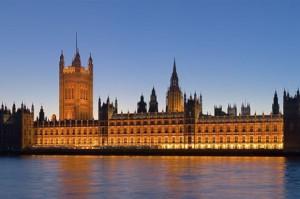 British Muslims and especially the Pakistanis were for a long time adamant not to admit that there were in their midst extremist and terrorist problems. Governmental organisations and political parties had been asking them to take measures for stopping their youth going the path of fundamentalism but this demand has remained shoved under the carpet like so many other ones. Official organisations avoided putting too much pressure lest they be labelled as Islamophobic and racist. However British Pakistanis had to admit it to some extent when a considerable number of  Pakistan origin persons were found involved in the terrorist attacks of 07 July , 2005 in London. Although the British governmental organisations’ demand was for all the Muslim communities, but because greater number of persons involved in these attacks were Pakistanis therefore for the last seven years Pakistanis are being asked to take stronger measures to curb this extremist element amongst their midst. British government itself has already started many programmes to stifle the fundamentalism and hopes that the imams, teachers, community leaders and religious scholars will also take more steps in this regard.

Now the situation is that a great number of Pakistanis are in custody under the tag of terrorism. Many have already been found guilty and sentenced by the courts while some others have yet to be tried. Pakistanis, however, now realise that it is their problem and therefore to stop this drift are also in favour of looking after their youth. While the reverberation of the demand to ‘Do More’ for Pakistanis to curb the extremist elements within their midst was in full swing that in between for the last three years the Pakistani community has been caught into another highly disgraceful stigma. Heavy sentencing of eight Pakistan origin persons from Rochdale, while there was one Afghan also involved in the crime, under the Child Sex Grooming Act for long terms by the Liverpool Crown Court has put the whole Pakistani community in the dock. Because the majority of involved in the crime was of Pakistanis, therefore all of the blame got laid onto the Pakistanis. This case as well remained kept under the carpet  lest the British society get blamed of racism. Now as this case has come in the lime light, it has helped open a pandora’s box. After Rochdale, cases from Brierfield, Bradford and Oxford have also come into the light. In these cases as well the majority involved is of Pakistanis.  They are all accused of raping underage white girls, groomed them for sexual means and supplied them to others. These are the kind of allegations that can be highly disgraceful to any society but are especially shameful for the Pakistani community because some of the persons who raped the underage girls are old enough to have daughters and grand daughters of the age that they raped and terrorised them taking advantage of their white skin and liberal conditions of the society. There crops up a very pertinent question that because in cases of sexual perversion and rape a great number of white people are also involved then why the white community is also not asked to ‘Do More’? The answer is that this phenomenon is not confined to any particular race or community. It has never been kept hidden in the white skinned community. Although Jimmy Saville due to his cunningness and high profile position got away with the crime during his lifetime, but now has been tried by the media after his death. Similarly cases in the four walls of the churches are also constantly reported in Britain. In the Pakistani community the greatest reason to keep  it under the carpet was the fear of stigma. Therefore some of those from the community who were aware of the activities of these few people, kept quiet and shielded them from being exposed. Perhaps no one tried to tell them that whenever and if these criminals were caught then the whole of the community would be put on trial. This is the very complaint by the British Government,  political leaders, police and the social workers against the Pakistani community that it kept this heinous crime hidden from the society and thus did not fulfil its duty as was required from them as British citizens. Now when the authority responsible for the affairs of the youth has asked the Pakistan community to ‘Do More’ and that demand has also been seconded by the ex-Secretary of State for Home affairs Jack Straw who was the first person to raise this question in 2011. Maybe that Jack Straw who had been elected MP with the help of Pakistani votes from Blackburn, wanted to help Pakistani community reform itself. He is not the only one who wants to clear the Pakistani community from black sheep but there is  the first British Pakistani cabinet minister Baroness Sayeda Warsi who also has admitted and pointed out such as these under the carpet problems. Presently the case is in front of the British Home Affairs Committee where it is not only being discussed by the British MPs but Muslim leaders and officials of some organisations themselves have offered their point of view in this regard. This is an indication that British Pakistanis have now started realising that they have a problem among themselves. According to some reports published recently British organisations are trying to trace those girls who have been raped in their childhood while they also believe that there are dozens more Pakistani men who had been involved in raping underage girls. Special courts are being considered to be installed to help greater facilities to those girls who have been raped. If such courts are established then there will be many more of those Pakistanis being jailed who have hitherto escaped from being caught and tried due to legal intricacies. After having admitted that there in reality exists a problem, the Pakistani community will have to sift out those few black sheep that exist within not be asked to anymore to ‘Do More’. Those who think that there is no such problem within the Pakistani community then perhaps they are like the pigeon that is keeping its eyes shut believing there is no cat but is time that they open their eyes because that cat is there.