Below are some translated excerpts from veteran Urdu journalist Hafeez Naumani’s book Roodad-e-Qafas (Story of Captivity).  As is obvious from his autobiographical account the policy of harassment, intimidation, humiliation and implication of Muslims (specially the youth) in fabricated and baseless cases has been in place since 1947 and continues to be followed till today no matter which government is in power.

Thirty five years ago when this scribe was not even 35, on 13 May 1966, first part of the story of my captivity was published in Nida-e-Millat. This was based on those nine months day-and-night observations and experiences during captivity that was our ‘reward’ from the government for bringing out a special issue on Aligarh Muslim University.

In those days not only did the Government not like Nida-e-Millat but it was brazenly hostile. The proofs of its hostility were the 25 cases filed, after this episode, against my elder brother Maulana Atiqur Rehman Sanbhali as the editor and against this scribe as the printer and publisher in all of which the Government had to bite dust. 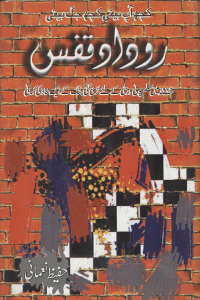 I have not used the word, ‘hostile’ on impulse.  Among dozens of proofs of it is a particular case that substantiates my point. The known freedom fighter Mrs Subhadra Joshi had published an article in the weekly Link. We carried the translation of this writeup in Nida-e-Millat mentioning the names of the writer and the publication.

When the case against us for publishing this essay was brought before the court, we produced, in our defence, original copy of the newspaper in which it had been carried. But even such a concrete proof had no impact on the outcome. When one of the most Islamophobic Chief Judicial Magistrates of his time who was presiding over the case was asked by our benefactor and lawyer Mr Abdul Mannan if there was any piece of legislation that allowed criticism against the Government in Hindi and English but made such exposition a criminal act if published in Urdu, he had no answer. May be he was just a puppet whose strings were being pulled by the very hands that had the power to promote, demote and transfer him and thus he was forced to defile the judge’s chair in the name of justice. 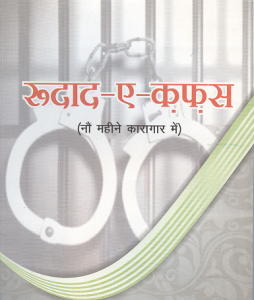 At about 9pm the door of my residence was forced opened and, with torches in their hands, half a dozen of high officials of CID, Inchages of  Qaisar Bagh, Ameenabad and Hazrat Gang  police stations, along with 115 armed personnel of Provincial Armed Constabulary (PAC) barged in without any permission or warning. With them was also a fruit seller who lived at the back of my house and was so heavily drunk that he fell unconscious at the door. We later found out that he was a ‘great witness’ of the great police who was brought to his thumb impression on the documents recording the proceedings of the police.

Syed Muhammad Haleem and Muhammad Hakeem Warsi were with me at that time as, because of the work going on, I had sent my wife and the children to my father’s house.

‘Who is Hafeez Noumani?’ One of them enquired. I came forward and introduced myself. In response he said that he was the DYSP CID and showing me official orders told us that none of us was allowed to touch even a single piece of paper in the office. He further said that the Administration had learnt from sources that some of the contents in this issue were objectionable and, for the time being, their publication was being stopped.

‘Shall we consider ourselves under arrest?’ I enquired, upon which he replied that no decision had been taken by then and that was to be decided after consultation with High Officials. From his response it was obvious to us that we were in custody. We explained to them everything about the newspaper and handed over the complete and incomplete newspaper to them.

Six officers came downstairs one of them holding a copy [of Nada-e-Millat] in his hand. He asked me to open its page number 33. I told him quite bluntly that after the newspaper being taken in custody it was his property. ‘I will not even touch it’ I said. One of them then suggested to his colleague that someone who could read Urdu be called. They ran upstairs and then went outside enquiring if some Urdu-knowing person was available. One constable told them that a Head Constable at Ameenabad Police Station knew to read Urdu. A Jeep was sent for him. When he arrived he was handed the newspaper and asked to read. It was a poem by Akhtar Bastavi. With his poor knowledge of Urdu the wretched person readout what he could, some of which could hardly be understood by anyone. However, he was asked to stop at a word, ‘Raqeeb’ (meaning rival).

‘What does it mean?’ He was asked.

‘That is enough.’ The DYSP opined; ie a word wrongly translated, wrongly pronounced and wrongly read would serve the purpose. And this is what happened. On the basis of one word, Raqeeb we were arrested.