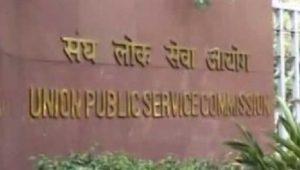 The worrying low ratio of Muslim representation in the Indian Civil Services is often presented as one of the major issues being faced by the Muslim community. In order to grasp the seriousness of the issue it has to be seen in context that if the total population of Muslims is 18%, in Civil Services their percentage is two or three percent only.

In general the key positions come under key categories of Civil Services like IAS, IPS, IFS and IRS. There are other categories too but three of these play major role in the internal affairs of the country.

The exams for these services are held by Union Public Service Commission (UPSC) in more than one stage.  The procedures adopted by UPSC [to conduct these exams] are considered overtly to be extremely transparent and free from any prejudice and discrimination. From this point of view, the entrance of maximum number of Muslims (or within the ratio according to their population), in Civil Service is comparatively easier. Obviously if the Muslims in the bureaucracy are conscious and feel the pain of fellow Muslims only then they will be able to help solve their problems.

Let’s now, for a moment, discuss a different aspect of this issue. Few days back I had the privilege of attending briefly a programme organised by a private organisation at India Islamic Cultural Centre on ‘Ek shaam shaheedoN ke naam’ (An Evening in Remembrance of the Martyrs).

A young Muslim girl, Farah Hussain, from Rajasthan was also invited to this programme. The programme organiser, who is by the good luck is a Maulvi and an Urdu journalist as well, had emphatically told me that ‘unhoN ne IAS nikala hai’ [she has won IAS]. I have quoted the exact words spoken by the organiser.

Later, I learnt that when the said ‘IAS’ delivered her speech she failed to contain herself to some limits and went as far as saying that she wondered what the people who sport beards and don caps on their heads do under the cover of those beards and caps.

Because I was not present there at this particular time, I will not quote everything I have been told by others as that might not be the exact words uttered by her.   But the gist of what I have been told by reliable sources is that Farah Hussain used choicest words for those who sport beards and don caps. The climax of it was when she pointed her finger at a really gentle soul and an Imam of a Jama Masjid of Delhi and said, ‘He too wears a beard but may not be such a [bad] person.’ After this that Maulana walked out without saying a word.

One or two people did, however reportedly, raised objections at this but neither the programme organiser objected to this utterance nor did the organiser say a word of disapproval while both of them sport beards.

Farah Hussain also expressed her views on Vande Matram and asked, ‘What on earth is the objection on singing and reciting it? If others get some pleasure from it, there is no harm in singing Vande Matram. You can keep your views to yourself but don’t make them public.’ She also opined that chanting ‘Bharat Mata ki jai’ is a harmless slogan.

#ff0000;">Only if, along with big conferences and meetings, we pay attention to reformation and rectification will there be any benefit of proportional representation of Muslims in Civil Services. Otherwise for us the ‘others’ and ‘these Farhas’ are all the same. If they can express such hateful views in the gathering of Muslims what would it be like when they are among those where no one will be there to challenge them. On the contrary in those gatherings they would be encouraged and rewarded for such views.

I feel sad because had I been present there at that time, I would have expressed some reaction. I would have told her, ‘Madam, the expenses borne by the Zakat Foundation for your UPSC interview coaching came from Zakat funds; not all donators of which would be beardless. Surely some of them would be those who sport beards and don caps. Even some of the members of this very organisation have beards and wear caps.’

I would have told her that, ‘The independent country in which you are born and are living as a free citizen, its independence became possible due to the sacrifices of the beard and cap wearing ones. The majority of those who sacrificed their lives for the freedom of the country had beards and wore caps.’

I would have also told her, ‘if you know that it were Patel and Gandhi who got the country its liberation then you should also be aware that it were these beard and cap wearing men who made Gandhi a “Mahatma” when the Jamiat-ul-ulema-e-Hind collected funds and sent Mohandas Karamchand Gandhi on a tour of 30 countries [to solicit for the cause of liberation].

I would even have told her that it is because of these beard and cap wearing men that  your parents have been able to name you as ‘Farah Hussain’ otherwise in the Meo region where you come from, for a long time after independence Muslims used to have the names like ‘Iqbal Singh’ and ‘Ram Rakhkha’. They then did not even know what the Kalima is. What they merely knew was that they were Muslims and their parents were Muslims too. They had no concept of praying and fasting. As a matter of fact they had adopted all such customs that have nothing to do with Islam.

I would have also told her that ‘one of the members of the fraternity of Civil Servants that you have joined is a senior officer Amir Subhani who sports a proper Islamic beard on his face and is a Home Secretary in Bihar. What do you think about him, Madam?’

I would have asked her which bearded man was it who has made you carry such hatred for each and every man sporting beard so much so that despite it not being the topic of discussion you thought it necessary to speak about it? She might have had a bad experience at a hand with someone sporting a beard but then I would have asked her, ‘Is it just a Muslim who, the moment he grows a beard, becomes a bad person? If so, which one of those who brutalised and raped Nirbhaya in a bus in Delhi, had a beard? And if beard is the root cause of all the problems then your Prime Minister sports a beard as well. Tell us something about him too? Or is it just a Muslim on whose face you don’t like to see a beard? You should give some explanation of your outbursts.’

Let’s now talk something in the light of statistics. This year round UPSC has selected only 1078 candidates. Of these only 91 are in the category of IAS. Therefore, in accordance to ranking system, starting from number one up to 91 candidates have been allotted IAS category. Muslim candidates who have been allocated IAS category have been selected in reservation category. Of these only five are Muslims. One Muslim candidate has, however, achieved second position on his own merit. Similarly 25 candidates have been selected for IFS and 77 for IPS.

This is followed by group A. Farah Hussain comes at number 267. This means she did not get either IAS nor IFS; nor IPS category. But in spite of this members of our community, including the bearded ones, make such a fuss and give so much respect to her despite the fact that she stokes hatred against bearded and cap wearing Muslims that she could not resist giving vent to her contempt for them publicly in a gathering organised by those ones who sport beard and don caps.

One wonders of what benefit such candidates succeeding in UPSC exams will be to Muslims? And what interest will they have in the issues being faced by the community? We have no doubt that no one would have asked her about her views on beard and the cap in her UPSC exam. However, now after learning about her golden views why would not her bosses be pleased and ready to reward her?

Organisations and institutions that are coaching Muslim candidates for Civil Service Exams are doing a great service. They include Hamdard Study Circle, Zakat Foundation of India, Jamia Millia Islamia and Mumbai Haj Committee. Obviously in the limited amount of time these organisations have at their disposal to prepare these candidates, it is not possible for them to learn and grasp the views and outlook of them all. This is not also possible for them to correct the twisted views of these candidates. Such a training is given at home under the supervision of parents. Do our Muslim organisations and the Ulema have any idea about the harm of the twisted views these ‘Farhas’ carry?

Only if, along with big conferences and meetings, we pay attention to reformation and rectification will there be any benefit of proportional representation of Muslims in Civil Services. Otherwise for us the ‘others’ and ‘these Farhas’ are all the same. If they can express such hateful views in the gathering of Muslims what would it be like when they are among those where no one will be there to challenge them. On the contrary in those gatherings they would be encouraged and rewarded for such views.

No doubt this is a difficult task but if the institutions providing coaching for Civil Services exams are able to find a way to vet the views of these candidates and also prepare a programme to correct their thoughts then we can expect some worthwhile results. I think it is better not to waste resources and time on the coaching of  Vande Matram loving ‘Farhas’ and gamble on them.