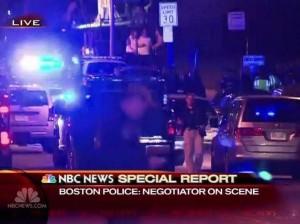 “All animals are equal but some animals are more equal than others”, pigs proclaim in Orwell’s Animal Farm to explain their supremacy and right to rule. Apparently disparity in life doesn’t end with death. Some remain more equal even in death, if they happened to live and die in the first world.

I have nothing but genuine sympathy for the three innocent people killed in the Boston blasts this week. This vile act is all the more despicable considering all those people, young and old, had come from near and far to be part of a noble cause. My heart goes out to the cute, eight-year-old Martin Richard, described by neighbours as “cheerful and full of boundless energy”. It takes a really stony-hearted person to target such sweet innocence. But then if terrorists were guided by reason, they wouldn’t take to terror in the first place.

What is really fascinating though is the overwhelming reaction to the Boston tragedy. I am not talking about the swift and all-out response by the US government and media. It was predictable and impressive. Within minutes the colossal security contraption, in place since 9/11 and repeatedly rehearsed, sprang into action throwing a protective blanket around Boston. Heightened terror alert and exit-entry curbs were in place across the US. A solemn-looking Obama went on air to reassure the Americans that he was in total command. “Responsible individuals, groups will feel the full weight of justice,” promised the president.

The US response is understandable given the fact that it’s the reigning superpower and this is the first act of terror since 9/11 to claim American lives. Terror had come back to haunt America at a time when it was seemingly considering declaring ‘Mission Accomplished’ in Afghanistan. The empire was under attack at home and it needed to respond with all the awesome power at its disposal. It couldn’t afford to be seen as soft.

What interests me more than the US reaction though is the world’s response to Boston. World leaders flooded the White House with their messages of condolences and solidarity. Prayers and vigils for the victims were held in distant Dubai and Delhi.

Indian television networks offered a blow-by-blow account and endlessly debated the Boston incident screaming ‘terror returns to America.’ It was as if India itself had come under attack. Some clever pundits stood on their heads to see parallels between Boston and the strikes on Mumbai five years ago. Western networks like CNN and BBC for their part exhausted all possible angles and issues in their 24/7 coverage. Even when the big temblor hit Iran, sparking panic across the Middle East and South-Central Asia, they chose not to disrupt their Boston coverage to report on the biggest quake – 7.8 on the Richter scale – to hit the region in 50 years.

When I drove home from work I saw hundreds of nervous families, including women and children, waiting out in the open everywhere. We are too close for comfort to Iran. No wonder Gulf countries are nervous about Tehran’s Bushehr nuclear plant, located in a volatile seismic zone as it is.

Eventually when I went up to my flat and breathlessly tuned in to BBC, some experts were animatedly discussing the profound psychological impact of the Boston incident on America and the west. Nothing about the quake there – not even as breaking news tickers scrolling at the bottom of the screen. Ditto CNN.

Thankfully, the quake had struck a remote, sparsely populated area in Iran. The toll was limited to 40 in Iran and some casualties in Pakistan. But clearly they weren’t important enough to merit attention by global news leaders. It’s not the extent of loss and number of casualties in a tragedy that seems to matter but the stature of the victims.

When US drones kill dozens of innocent, unsuspecting people every other day in Pakistan, Afghanistan and elsewhere you hardly hear a whimper. Even when the blessed international community does notice, it shrugs it off with little effort. Who gives a damn anyway? The terrorists had it coming and got what they deserved. Except in the majority of these attacks, according to rights groups and UN agencies, it’s not the terrorists but innocent civilians, including women and children, who are at the receiving end.

Last week, 11 children and a woman were killed in a Nato airstrike on a house in Afghanistan. A Reuters correspondent counted 11 bodies of young children and babies being carried to police headquarters in Kunar. This isn’t the first such strike and it won’t be the last one.

President Hamid Karzai, who has lately turned on his mentors, has repeatedly warned the US-Nato forces against targeting civilians. However, the strikes and drone attacks continue unabated.

While the world media obsessively follows the Boston tragedy and goes into the tiniest details about the victims, no one is interested in knowing the names and identity of those children killed in Afghanistan, or hundreds of others killed in Pakistan. Were they any less human? This duplicity and disparity in death is breathtaking. But then, as Stalin famously reasoned, after a point death becomes a mere statistic – especially if the victims happened to be ‘less equal’ as has been the case with the Pakistanis and the Afghans.

In his second speech on the Boston incident, Obama declared: “Any time bombs are used to target innocent civilians, it is an act of terror.” How does he view the bombs targeting civilians in Pakistan and Afghanistan?

On the ‘Nobel’ watch of this president, whose arrival was celebrated around the world, more so in Muslim lands, America’s war on human rights and innocents has gone where even Bush and the Neocons feared to tread. Over the past five years or so, thousands have been summarily killed without so much as a blip on some distant computer screen – without the world ever knowing about their identity and victims themselves learning about their crime. Due process? Gimme a break.

In the words of William Pfaff, the drone has emerged as a weapon of choice unleashing mass destruction on the family and tribal scale in the worst American military tradition – established in Vietnam and Iraq – of anonymous murder from a safe distance, in this case from the White House itself.

Where do we go from here? With the apparent implication of two Chechen brothers, one of whom was killed in a shootout on Thursday, attention has fixated on the usual suspects. Expect some real shock and awe in the days and weeks to come. Indeed, within an hour of the blasts, the hashtag ‘Muslim’ was widely trending on Twitter with many online praying, ‘Please don’t let it be a Muslim’. A Libyan named Hend Amry was the first to tweet, ‘Please don’t let it be a Muslim.’ Her poignant message was retweeted a zillion times by others.

Given the nature of the explosion and crude use of a pressure cooker, it seems to be a case of home-grown terror. But should the Americans be terribly surprised if they discover Al-Qaeda fingerprints? Every air strike that kills an innocent ends up creating many more determined terrorists. And this cynical cycle of violence will continue until and unless, to quote Pfaff again, the war on Muslim lands is called off. And only America can do that. It knows what is feeding the titanic collision of Islam and the west but refuses to acknowledge and act on it.

English version was published in The News

The writer is a commentator on Middle East and South Asian affairs. Email: [email protected]